The situation in Spain of functional illiteracy

There are still 730,000 illiterate people in Spain, of whom 67 percent are women, according to 2011 figures from the National Statistics Institute.
They survive by asking questions of everyone around them, trusting they will be told the truth. They ask about the type of milk they are buying, the name of the street they are on, which bus they need to take,
and how to dial a phone number. They have no driver’s license, cannot read maps, know anything about what’s in the contracts they are signing, do not use computers or the internet, and have never read a book.
Of Spain’s 490,000 illiterate women, 57 percent are between 65 and 84 years of age.
The average illiterate person in Spain is the product of two trends. One is residual and affects people over 65 who were forced into jobs at a very young age or had to care for relatives. The other one is linked to
ethnic or immigrant minorities,” explains Antonio Aviño, an emeritus professor at Murcia University and author of La alfabetización en España: Un proceso cambiante en un mundo multiforme (or Literacy in
Spain: a changing process in a multi-shaped world).
“We are talking about an issue that is over 200 years old. But we need to mention the lack of progress represented by the Franco regime, especially when it came to women. The schooling levels of 1970 could have been reached 20 years earlier, according to the Second Republic’s plans. We are still labouring under that, and some obvious results are on display in the low performance of Spanish students in the PISA
report”, says Professor Aviño Spain has the highest school dropout rate in the entire European Union: 23.5 percent. Rates among youths whose mothers lack post-mandatory education is in excess of 30 percent, but it is barely 4.6 percent when the mothers have higher education.”
Andalusia, Extremadura, Castilla-La Mancha, the Canary Islands and Murcia have traditionally posted the highest illiteracy rates in Spain. Aviño’s research finds that learning has been slower among women in rural areas.
The central government has overlooked adult education and left it in the hands of regional authorities. There is nothing relevant on the issue in the education reforms of recent administrations. Andalusia has been promoting adult education programs for the last 34 years. But it’s not enough, and the central government needs to do more.
Education is one of the biggest demands of the Gypsy community. And the promise of a driver’s license motivates them to learn to read, as does the promise of being able to use social networking sites. This introduces the issue of digital literacy, which is very much present in developing countries. Spanish society has gone from having a low literacy rate to embracing electronic communication channels.

Categories: The situation of functional illiteracy 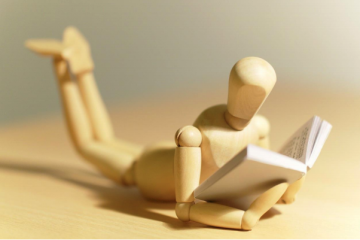 To know and face functional illiteracy

Formally, the availability of education for children has increased around the world over the last decades. However, despite having a successful formal education career, adults can become functional illiterates. Functional illiteracy means that a person Read more…

TURKEY: A STEP TO LIFE

Statistical information relating to functional literacy in Turkey is limited. The relevant data is directly linked with basic literacy skills. In the 10-year period covering the years 2009-2018, the illiterate population in the age group Read more…